When Should A Chimney Be Replaced? 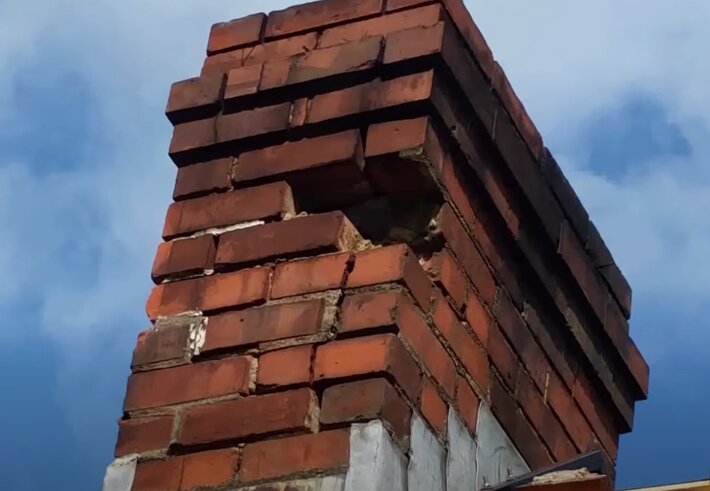 So you're wondering when it's time to get your chimney replaced. Well, you've come to the right place since we're chimney experts here at Milwaukee Chimney Repair and we've seen a few occasions where people ignored their chimney. We'll let you guess how it turned out for those homeowners.

Thankfully, you're not like that and you're investigating when it's time to replace a chimney. So let's talk about the major signs and symptoms you need to know. That way, you'll have a better understanding if a contractor is recommending to replace it and why.

1. Your Chimney Flue Liner Is Bad Or Missing

If you have a very old home, your chimney might not even have a liner built in. This can lead to premature deterioration of a chimney flue which can show itself in your inspection. By the way, we highly recommend at least an annual chimney inspection.

If you do have a liner, does it need to be replaced? Again, you'll have to lean on your chimney experts to confirm this, but in some instances it's just as costly to replace a liner as it is to completely replace the chimney. That can be the case with complex designs or extremely old stacks that need a lot of tuckpointing also.

If your inspection can show pictures and proof that the liner is in bad shape, maybe it's time to consider replacing the chimney also if the dollars make sense.

2. Your Chimney Crown Has Failed And Been Broken For A While

The chimney crown is what protects the chimney and stack from the elements. Mostly water and snow and debris. If the crown is broken or cracked and has clearly been that way for a while, it could lead to significant interior damage inside the chimney.

Water is a massive deteriorating factor in chimney and if it goes unnoticed for years, it creates large issues. Take a look at your crown sometime and see if you notice obvious damage and water leaks. This might be a sign that the whole chimney needs to be replaced because the damage could be significant under the hood. Hopefully, you'll get lucky and only need some chimney cap repair, but get a few expert opinions on that before settling with a contractor.

3. Does The Chimney Lean?

Obviously we're not trying to build the Leaning Tower Of Pisa here at your home. A leaning chimney is not a good sign nor is it something to be admired. It signals a problem that should be fixed as quickly as possible. It could be as simple as the joints are deteriorating or it could be major structural damage. Either way, get a professional on site quickly for leaning issues before any injuries occur.